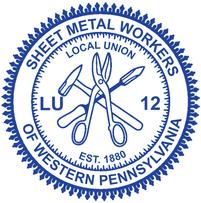 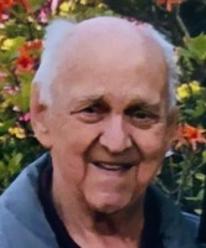 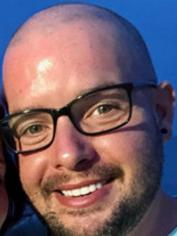 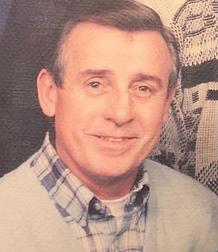 Richard “Dick” Raymond Zorn – Age 95
Dick Zorn, a proud WWII Veteran in the Army’s 494th Bombardment Squadron/344th Bombardment Group, great father, and loving husband, passed away Friday, February 19th with his daughter, Ann and son-in-law, John, at his side. He is preceded in death by his wife, Mary, and two sons, Richard and Robert, his parents Stella and Aloysius, and siblings, Harry, Robert “Doc”, Marcella “Laverne” and Russell.

Dick spent his life-long career as a sheet metal worker and took pride in doing his job well. 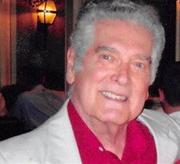 age 90, of Ross Township, lost his life to mesothelioma on April 13, 2021 surrounded by his family as the Lord called him Home. Born on March 21, 1931 we were able to celebrate his 90th birthday.
Preceded in death by his loving wife of 65 years, Antoinette (Kozlowski) Bauer. Son of the late Joseph and Marie Bauer. Brother of the late Carl Bauer. Loving father of Jeffrey J. (Kathy) Bauer, Mary Anne (Brian) Harp, and the late Mark A. Bauer, and surviving Cindy Boyer. Dear grandfather of Nicole, Jennifer, Bridget, Brendan, and Bryant Bauer, and Katlan, and Daniel Harp.
Joseph was a Local #12 Sheet Metal worker for 43 years until he retired in 1993. He was an active member of the Sheet Metal Workers Retirees Club. Joseph loved watching the wildlife from his backyard, planting flowers, and enjoyed his family.

Lawrence F. "Bruz" Duceour, 86, of Springdale, passed away Wednesday, Jan. 6, 2021. He was born March 7, 1934, to the late Lawrence and Helen Wilson Duceour, and had been a lifelong resident of the area. Mr. Duceour served in the Army. After his discharge, he worked for Sheet Metal Workers Union No. 12 in Pittsburgh, where he eventually retired.  Surviving him are loving wife, Marlene Pater Duceour; daughters, Susan (Rick) Bursic, of Cheswick, Kelly (George) Lassinger, of Springdale, and Linda Hess, of Lower Burrell; sisters, Diane Batten, Ann Wetzel and Catherine McIntyre; eight grandchildren; and six great-grandchildren. 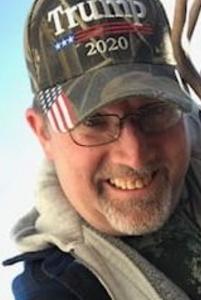 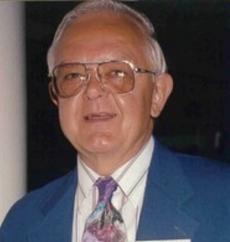 John Francis Sebald, age 76, passed away on Wednesday, November 18, 2020 at UPMC Hamot, after bravely struggling through his illness’s final months. He was born in Erie, Pennsylvania on September 21, 1944,
John graduated from Technical Memorial High School in 1962, apprenticed in the sheet metal trade, then worked as a sheet metal journeyman for thirty years. He operated a dairy farm with his family for twenty years. Retiring from Sheet Metal Workers Local 12 at the age of 59, he moved onto an active retirement.
He is survived by his wife of 53 years, Velia Grazioli Sebald, sons Stephen (Jeanine) and Thomas (Denise), and daughter
Catherine Sebald Vandermer (Stephen);
Click Here for obituary 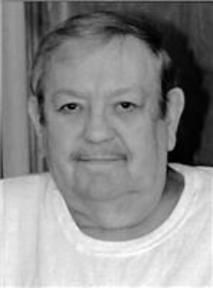 Albert M. 'Al' Evanko, 85, of Slippery Rock, formerly of Clearfield, died on Monday, Nov. 16, 2020 at Butler Memorial Hospital.
He was born on Jan. 1, 1935 in Clearfield, a son of the late John and Anna (Yatta) Evanko.
Al graduated from St. Francis School in 1952.
Mr. Evanko was employed with TAFCO and was a member of Sheet Metal Workers Local No. 12, having retired in 1993.
He is survived by his wife, Virginia M. (Miller) Evanko, whom he wed June 7, 1958 at St. Francis Catholic Church, Clearfield; a daughter, Janet Evanko of Slippery Rock with whom he resided; a son, J. Michael Evanko II of Warriors Type your paragraph here. 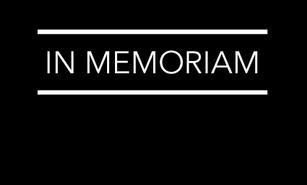 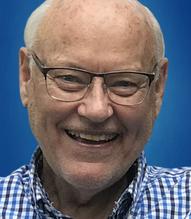 John Francis Hansberry, 87, of Penn Hills, passed away Saturday, January 2, 2021. He was the beloved husband for 53 years of Mary Elizabeth (Betsy) Hansberry; loving father of Michael (Carrie) Hansberry, of Canonsburg, David Hansberry, of Jeannette and Maria Hansberry, of Pittsburgh. Pappy of Tiarra, Cate, and Griffin; and brother of the late Patrick Hansberry, Mary Frohlich, Ann Wooten, and Paul Hansberry. John worked in the Sheet Metal Workers Union Local #12 for 43 years. He proudly served our country in the Air Force as an airplane mechanic. 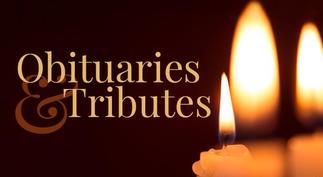 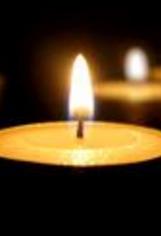 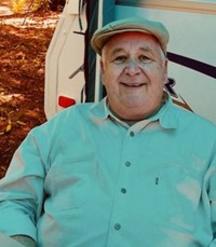 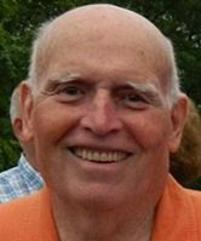 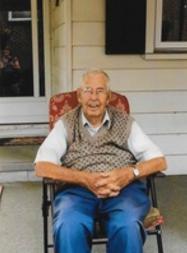 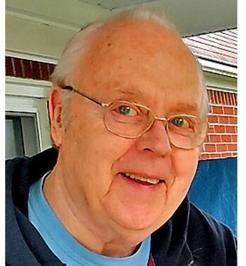 Richard "Dick" Lee Leigey Sr., 69, of Clearfield, died peacefully in the comfort of his home with family on Tuesday, Jan. 19, 2021 with a smile on his face.
He is survived by his wife of 49 ½ years, Sherrill L. (Martin) Leigey; two children,.
Dick was a graduate of Clearfield Area High School, Class of 1969. He was a Local #12 Union Sheet Metal Worker that proudly completed 30 years of dedicated service that entailed building and improving various schools, hospitals, prisons and power plants throughout Pennsylvania. He was a hardworking humble craftsman.

86, of Norvelt, passed away at Latrobe Select Specialty Hospital Saturday, Feb. 27, 2021. He was born May 19, 1934, in Greensburg, a son of the late Peter and Julia Rinier. Renny was a member of St. Florian Catholic Church, United. He retired as a sheet metal worker from Overly's Manufacturing in Greensburg after 40 years. He was a member of the Norvelt Fire Department for over 43 years and served in many capacities during that time, including chief, assistant and trustee. He was a member of the Mt. Pleasant Township Lions Club. For many years he was a member of the Mohawks Association, where he served as a former Big Chief. He also served as a Boy Scout leader for Troop No. 472 in Norvelt for over 20 years. Renny was preceded in death by his beloved wife, Dolores, who passed away July 5, 2017, and his brother, Pete Rinier Jr., in September, 1946. He is survived by his six children.

John Edward Hranec Sr., 90, of McClellandtown, passed away December 28, 2020 at Uniontown Hospital, Uniontown. He was born in Uniontown, July 8, 1930, a son of the late Joseph and Anna Hranec. Before retiring he was employed as a Union Sheet Metal Worker.

58 of Monaca passed away Sunday morning, February 14, 2021 at UPMC Montefiore Hospital where he was admitted on February 9th after suffering a stroke.
Joe was a 1980 graduate of Liberty High School, Bethlehem. He enlisted in the U S Air Force and honorably served from 1987 until 1991 as a MSG.  He then entered the U S Air Forces Reserves and served from 1991 until 2017. He was a member of the Church of the Nazarene, New Brighton and was an outdoorsman. He particularly enjoyed deer hunting in Polk, Pennsylvania and was a coach for Central Valley Archery. Joe was most notably a conversationist and enjoyed spending time with family.
Joe leaves his wife of 19 years, Cindy Lee (Gordon) Burghardt, a son, Cole and a daughter, Cassidy. He was also survived by his brother, Allan Burghardt of Bethlehem

Patrick M. Dunbar
Age 34, of O'Hara Twp, on September 17, 2020. Loving husband of Jennifer Dunbar (Norman); loving father of Brayden, Brody, and Henley; brother of Stacey (Steve) Leech; son of Dennis and Bonnie Dunbar; He also leaves behind many extended family and friends. He was a former President and a proud journeyman member of Sheet Metal Workers Local Union #12. He was also a delegate to the Allegheny County Labor Council. 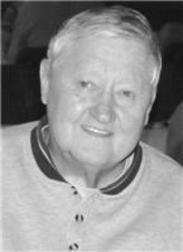 William R MacConnell, Age 85, of Penn Hills, at his home, went home to be with his Lord and Savior on Sunday, January 24, 2021. Beloved husband for 63 years of Donna (Gardner) MacConnell. Loving father of Daniel R. MacConnell and Cathy L. MacConnell. Bill served in the United States Air Force and enjoyed his ministry of visiting patients at Presbyterian Senior Care. He enjoyed making clocks, woodworking, telling stories, and his faith was very important to him.